What Will Happen To Social Media If Facebook’s Business Is Split?

There is no doubt that Facebook is one of the most popular social media platforms with over 2 billion active users. However, there is a lot of speculation as to what will happen to social media if Facebook’s business is split. Some believe that this will create more competition, while others believe that it will simply lead to more options for users. Whatever the case may be, it is certainly an interesting topic to think about.

Facebook has been on a tear lately when it comes to acquiring other companies. In the past few years, it has acquired WhatsApp, Oculus Rift, and Instagram, among others. This has led some to speculate that Facebook is looking to become a monopoly in the social media space.

If Facebook were to be split up, it is possible that each of its acquisitions would be spun off into their own independent companies. This would create a lot of competition for Facebook, and could lead to it losing its dominant position in the social media market.

It is also possible that the government could step in and regulate Facebook if it is seen as too powerful. This could break up the company into smaller pieces, or force it to sell off some of its assets.

Only time will tell what will happen to Facebook if its business is split up. But one thing is for sure: it would be a very different landscape for social media if Facebook is no longer the dominant player.

WhatsApp and Instagram are two of the most popular social media platforms in the world. Facebook acquired them both in 2014, in separate deals worth a total of $19 billion.

The acquisitions of WhatsApp and Instagram were a crowning achievement for Facebook. They solidified Facebook’s position as the world’s leading social media platform, and they made Facebook the owner of two of the most popular messaging apps in the world.

WhatsApp and Instagram have been hugely successful for Facebook. They have helped to grow Facebook’s user base and engagement, and they have generated billions of dollars in revenue for the company.

However, there are now calls for Facebook to be broken up, and for its acquisitions of WhatsApp and Instagram to be unwound.

There are a number of reasons why some people think that Facebook should be broken up. Firstly, they argue that Facebook has become too powerful, and that it is using its power to crush competition and stifle innovation.

All of these are valid concerns. However, it is important to remember that Facebook is a private company, and it should not be subject to the same level of regulation as a public utility.

The calls for Facebook to be broken up are unlikely to result in any real change. Facebook is too big and too powerful, and it is unlikely that the government would be willing to take on such a powerful company.

There are a few ways that Facebook could break into fragments. One way is if the government decided to break up the company due to antitrust concerns. Another way is if Facebook decided to spin off its various business units into separate companies. either of these scenarios, Facebook would no longer be the dominant social media platform and would instead be competing with a variety of other companies.

The impact of Facebook breaking into fragments would be significant. First, it would mean that Facebook would no longer have the same level of control over the social media landscape. This could lead to more competition and innovation, as other companies would be able to step up and fill the void left by Facebook. Additionally, it would likely lead to a decrease in the overall value of Facebook, as the company would no longer be as large and influential.

The potential break up of Facebook into separate entities raises a lot of questions about what would happen to the social media landscape. If Facebook, Instagram, and WhatsApp were to become separate companies, it would have a major impact on how users interact with each other and with businesses.

There are a few key ways that the break up of Facebook could change social media:

1. User data would be siloed

If Facebook, Instagram, and WhatsApp became separate companies, the user data that each platform collected would be siloed. This would make it more difficult for businesses to target ads and for users to connect with friends and family across platforms.

READ  How to enable Push to Talk on Discord

The break up of Facebook would create more competition in the social media landscape. This could lead to more innovation as each platform tries to differentiate itself from the others. However, it could also make it more difficult for users to keep up with all the different platforms and for businesses to reach their target audiences.

3. There would be more regulation

If Facebook were to be broken up, it would be subject to more regulation from governments around the world. This could make it more difficult for the company to operate, but it could also lead to more transparency and accountability.

The potential break up of Facebook is a complex issue with a lot of implications for the social media landscape. Only time will tell how it will all play out.

If Facebook’s business is split, it could empower entrepreneurship and innovation. The company would be forced to focus on its core product and service, and would no longer be able to rely on acquisitions to fuel growth. This would lead to a more focused and innovative Facebook, which would be good for entrepreneurs.

There are a few potential downsides to this scenario, however. First, it is possible that Facebook would become less reliable as a platform for entrepreneurs. Second, the company might be less able to innovate and might not be able to keep up with the rapidly changing landscape of the social media industry. Third, Facebook might lose some of its talent to other companies that are better able to invest in innovation.

Overall, however, it is likely that Facebook would become a more powerful force for entrepreneurship and innovation if its business was split. The company would be forced to focus on its core product and service, and would no longer be able to rely on acquisitions to fuel growth. This would lead to a more focused and innovative Facebook, which would be good for entrepreneurs.

When it comes to social media, user preference and terms are everything. So, if Facebook’s business were to be split, it would mean that user preferences and terms would once again become extremely important. Facebook would have to focus on giving users what they want, rather than what Facebook thinks is best for them. This would be a huge shift for the company, and it would likely mean that Facebook would no longer be the dominant social media platform.

The Split Isn’t That Easy

Facebook’s business model has been under scrutiny for some time now. The social media giant relies heavily on collecting data on its users in order to sell targeted advertising. This has led to concerns about privacy and the misuse of personal data.

There have been calls to break up Facebook, or at least to regulate it more heavily. Some have even suggested that the company should be split into two separate entities, one for social networking and one for advertising.

However, the reality is that such a split would be very difficult to achieve. Facebook has built its business model around collecting data on its users. If the company was split in two, it is likely that the advertising business would suffer greatly.

It is also worth noting that Facebook is not the only company that collects data on its users. Google, Amazon, and many other tech companies also collect data that is used for targeted advertising. So even if Facebook was split up, the other tech giants would still have a significant advantage in the data-driven advertising market.

Is it Ever Possible? 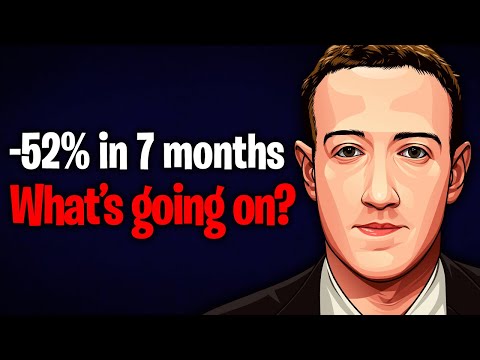 1. Facebook’s business could be split into two separate entities: a social networking site and an advertising platform.
2. Such a split could have profound implications for the social media landscape.
3. For one, it could make Facebook less attractive to advertisers.
4. Additionally, it could make it harder for Facebook to compete with other social networking sites.
5. Finally, it could have negative consequences for users, who could see their privacy protections reduced.