A vapor chamber is a type of cooling technology that can be used to cool electronic devices. It works by using a chamber filled with a vapor to conduct heat away from the device. The vapor then condenses on the walls of the chamber and the heat is dissipated into the air.

Vapor chambers are often used in graphics cards because they can provide a high level of cooling efficiency. They are also relatively thin, so they do not take up a lot of space.

One downside of vapor chambers is that they can be expensive to manufacture. Additionally, they are not as effective at cooling when the air temperature is very warm.

How does a Vapor Chamber Work?

A vapor chamber is a sealed container filled with a liquid that has a very low boiling point. When heat is applied to the chamber, the liquid inside turns to vapor and rises. This vapor then condenses on the cooler surfaces inside the chamber, releasing the heat. The heat is then dissipated by the chamber’s cooling fins.

Vapor chambers are often used to cool high-end graphics cards and CPUs because they are much more effective than traditional air coolers. They are also used in applications where space is limited, such as in laptops.

The Benefits of Using a Vapor Chamber

Vapor chambers are an efficient way to cool graphics cards, as they help to dissipate heat away from the card. By using a vapor chamber, you can ensure that your card stays cool, even during intense gaming sessions. Additionally, a vapor chamber can also help to prolong the life of your card, as it will prevent the card from overheating and becoming damaged.

How to Choose the Right Vapor Chamber for Your Graphics Card

When it comes to graphics card cooling, there are three main types of coolers: vapor chambers, downdraft coolers, and blower style coolers. Each has its own advantages and disadvantages, so it’s important to choose the right one for your needs.

Vapor chambers are the most efficient type of cooler, as they evenly distribute heat across the entire surface of the graphics card. However, they are also the most expensive option.

Downdraft coolers are less expensive than vapor chambers, but they are not as efficient. They work by drawing air from the bottom of the cooler and blowing it over the graphics card.

Blower style coolers are the least expensive option, but they are also the least effective. They work by drawing air from the outside of the case and blowing it over the graphics card.

Downdraft and blower style graphics card cooling are two of the most popular methods for keeping your card cool. But what exactly is the difference between the two?

READ  Should You Ever Disable a Windows Service?

So, which is better? It really depends on your own personal preferences. If you want the best cooling performance, go with downdraft cooling. If you want a quieter card, go with blower style cooling. 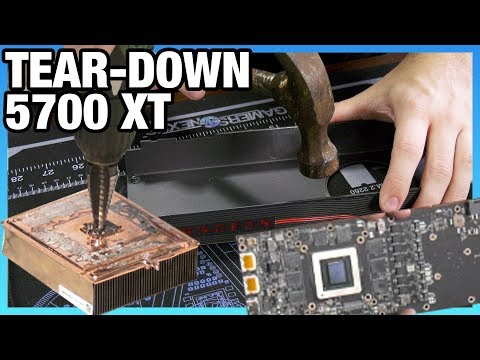 1.Vapor chamber cooling is a great way to keep your graphics card cool.

2.Downdraft cooling is also a great way to keep your graphics card cool.

Thanks for reading! We hope you found this article helpful in understanding the different types of graphics card cooling. If you have any questions, feel free to leave a comment below and we’ll do our best to answer them.